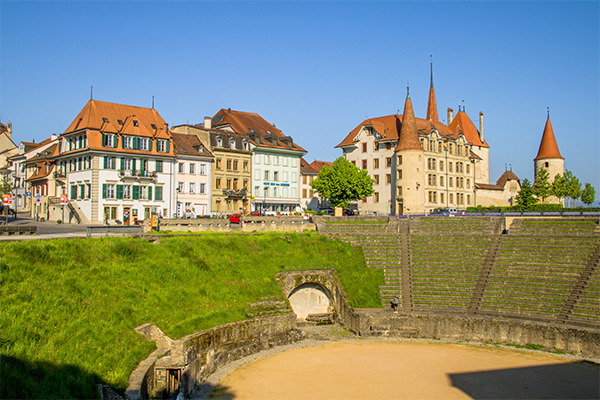 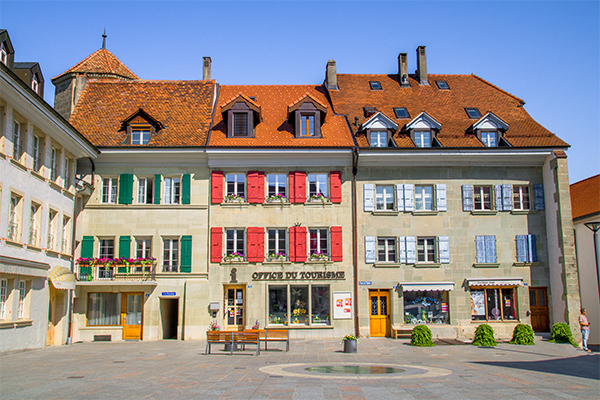 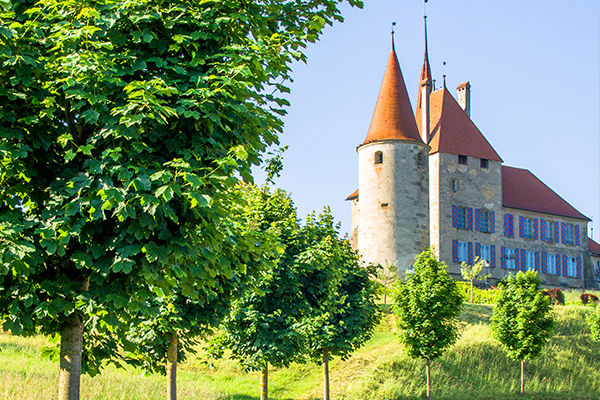 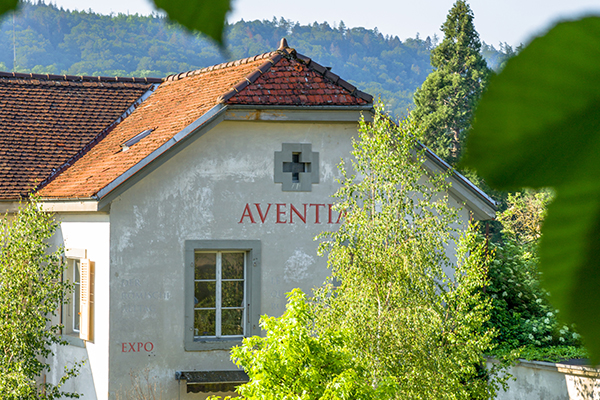 The main city of Roman Helvetia, founded at the beginning of the 1st century of the Christian era, was promoted to the rank of colony of Emperor Vespasian in the year 71. Aventicum experienced a period of great prosperity during the l and II centuries: extended over a very large area, it was surrounded by walls of about 6 km in length; its population reached 20,000 inhabitants.
Assailed in 260 and 354 by the Allemanni who destroyed it, the city never recovered. From the 4th to the 6th century it was a bishopric, but the transfer of the bishop to Lausanne in 594 took away what little importance remained. The urban agglomeration occupied a minimal part of the Roman track; the hill was fortified in 1089. In 1536 Avenches passed to the Bernese and was the residence of the bailiffs. From the end of the Middle Ages the Roman area was transformed into a quarry of building material, which was the main cause of the almost total disappearance of its monuments. After 1885 systematic excavations were carried out, and measures were taken for the conservation of the archaeological site. Of the city walls, which were interrupted by four gates and fortified by 75 semicircular towers, there are traces today, thanks to which it was possible to reconstruct the eastern gate, part of the walls and one of the towers, the Toroallaz. In the lower town the remains of the thermal baths, campidoglio, theatre and temple of the stork, because on the 12 m column, storks used to build their nest. At the entrance to the medieval town is the amphitheatre, the best preserved Roman theatre in Switzerland; it could seat between 10,000 and 12,000 spectators. From the Middle Ages, it preserves a section of the fortified walls with two towers from the 14th century: the Benneville on the S and the Vuilly on the NO. At the end of the amphitheatre, a fortified tower from the 11th century is supposed to have been part of the first fortifications: the Roman museum. In the NE corner of the medieval village stands the castle, formerly a bishopric. It was transformed and enlarged in the 16th century by Bernese bailiffs. The Renaissance-style facade from 1565 is by the Neuchâtel architect Antoine Ballanche; the N wing of the building dates from the 18th century. In the Grand-Rue, the Evang church. (St. Mary Magdalene) from the end of the 11th century, enlarged in the Gothic style and transformed in 1709-11. Integrated in the S façade are two fragments of Roman trabeations used as benches; a N circular Roman apse. In front of the church is the town hall, built in 1753 by N. Hebler. It has three storeys on porticoes, characteristic for the façade finished by a triangular pediment carved with the figures of two Moors holding the town's coat of arms. In the same street there is the Hotel de la Corona and other interesting houses. In rue du Jura at no. 3, the polygonal Montauban tower with internal staircase is what remains of a 15th century mansion. In rue des Alpes in no. 3 and 5 houses dating from the end of the Gothic period.

East gate with panoramic views of the city of Avenches

Culture Festival Wine
print
There are no upcoming events at this time.