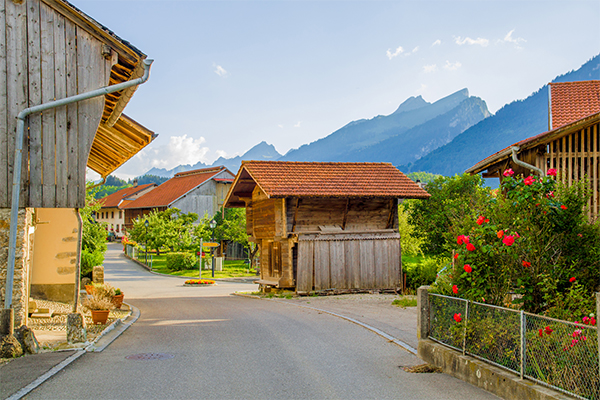 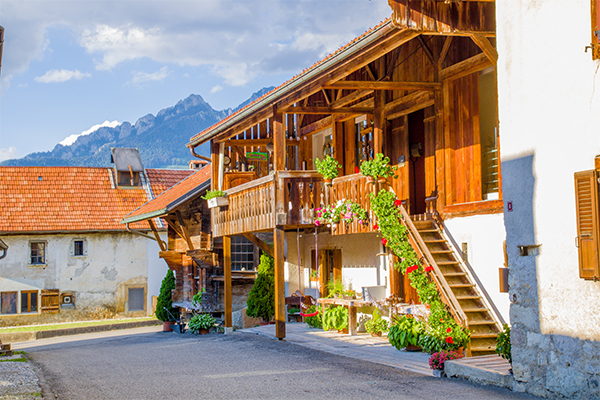 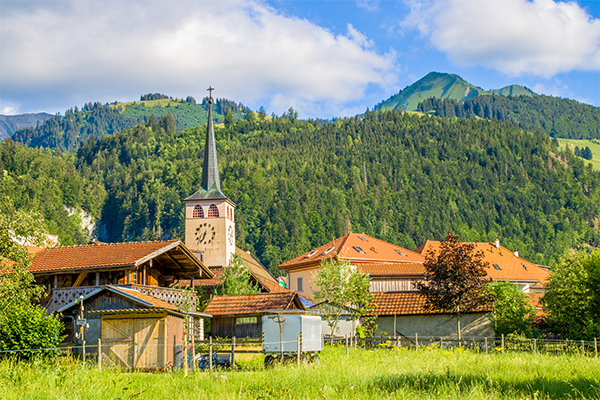 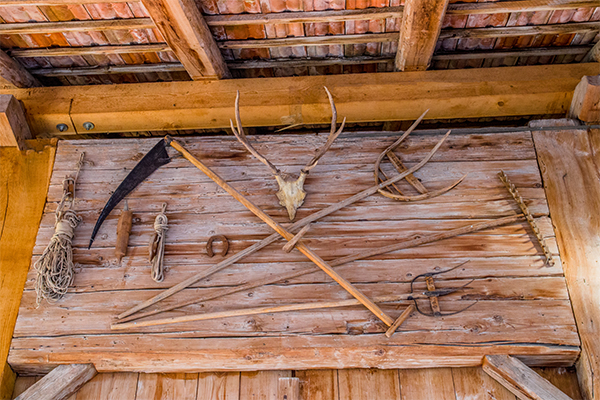 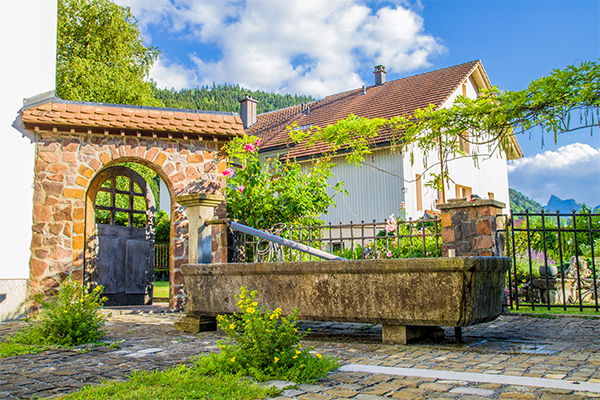 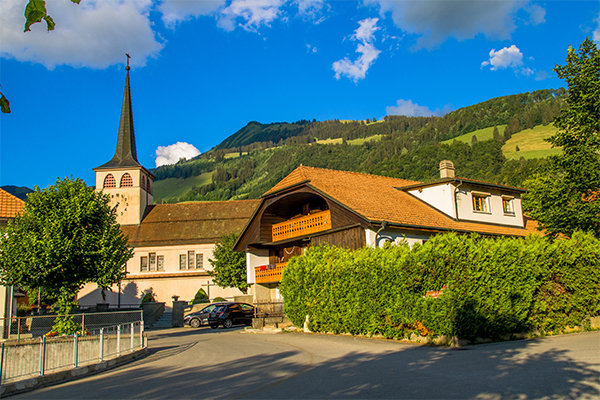 The village owes its pastoral activity and the marketing of its cheeses to an era of prosperity in the 17th and 18th centuries. Proof of this ease can be seen in its rich houses, its stone facades, its tripartite windows with gothic recognitions. At the edge of the forest, the house of Pierre de la Tinaz, cheese and banneret trader, breathes this wealth.
This Haute-Gruyère village was born in the mountains at the beginning of the millennium. Legends speak of a community scattered across the mountain pastures above the valley. It seems that Grandvillard finds its origin (its name proves it) in Roman colonization (1st century AD). The territory was then subdivided into plots for deserving legionnaires, the "villae". The name of the village derives from it: Vilar (1228), Vilar retro Gruériam (1390), Communitas Magni Villarii retro Gruériam (1497). At the beginning of the 12th century, as the visibility of population groups increased, the village was formed at the foot of the mountain, near the Taouna stream. From then on, Grandvillard belonged to the Lordship of Montsalvens, the youngest branch of the house of Gruyère. Freed from the main port (1388), the inhabitants received in 1462, from Jean de Montsalvens, permission to elect their first "municipal governor", Nicod Pillamet. This medieval period was marked by the indelible mark of Christian civilisation. From 1228, Grandvillard appeared as one of the religious centres of Haute-Gruyère. From the hill of Daudaz, the religious space moves towards the centre of the village. Two churches were built here in 1490 and 1594. Since the flourishing period of modern times, the collective memory has preserved the memory of a golden age. The landscape has preserved the traces of a strong activity: granaries, mills, beaters, tanneries are the relics of a disappeared economy. And, on the other side of the coin, the texts preserve the memory of the hundreds of Grandvillardins forced to emigrate during the 19th and the beginning of the 20th century. During the 1930s, the village contributed to the rebirth of sacred art with the construction of the present church. It also actively participated in the spiritual defence of the village by organising the "Chante Grandvillard" festival by Joseph Bovet and Jo Baeriswyl in 1935. This village, once famous for its mountain people and hunters, gave birth to some personalities: Jacques Delatinaz (1764-1810), a man of letters who emigrated to Paris and the author of about twenty books; Jean-Pierre Currat, a mercenary in the service of Napoleon, ended his teaching activity in his village; Pierre Musy, Councillor of State and Prefect of La Gruyère (1808-1888); Placide Currat, singer of Ranz des vaches alle Fêtes des vignerons in 1889 and 1905; Jean-Marie Musy (1876-1952), originally from the village, Federal Councillor and President of the Confederation in 1925 and 1930.

The church of San Bartolomeo and Giacomo

The small chapels scattered throughout the territory

Culture Countryside Walking Mountains Food
print
There are no upcoming events at this time.