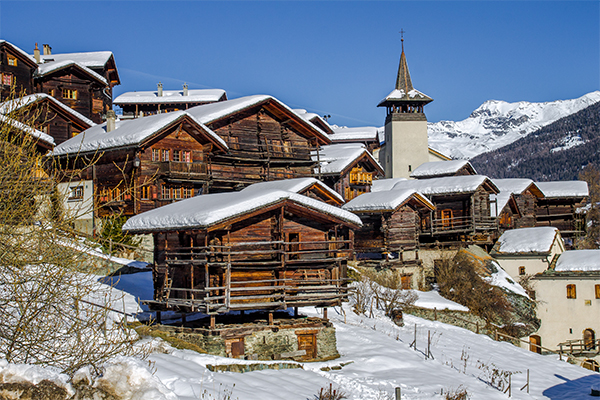 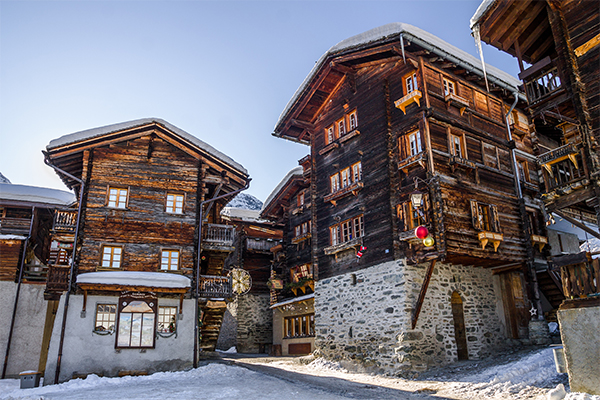 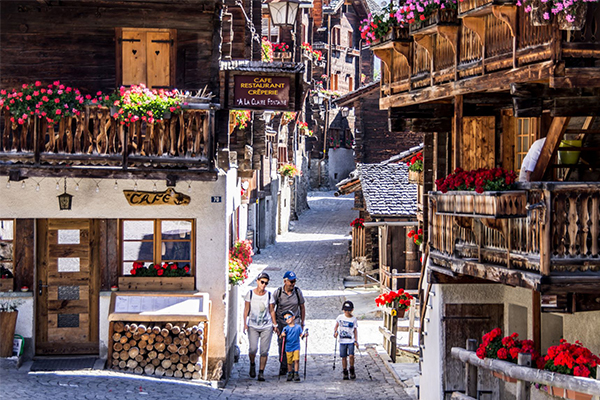 Village of Val d'Anniviers in perfect condition; it extends along a narrow street between wooden, masonry houses and characteristic barns.
Former commune VS, district Sierre, since 2009 forms with Ayer, Chandolin, Saint-Jean, Saint-Luc and Vissoie the commune of Anniviers; (before 1052: Grimiens; ancient ted. name: Grimensi). Located in the Anniviers valley, on the left bank of the Gougra. To the southwest of the village a remarkable complex of rock drawings and cuppelliform stones have been found. Like the whole of the Anniviers valley, Grimentz was successively dependent on Aimo, Bishop of Sion, the Counts de Granges, the d'Anniviers family (1200-1360) and the Lords von Raron (1381-end of the 15th century). In 1243 Grimentz was the first village in the valley to form a municipality. On a religious level, Grimentz was dependent on the parish of Anniviers (parish church in Vissoie) until 1798, then became rectorate (1825) and autonomous parish (1933). The church, built in 1830, was rebuilt in 1951, while the chapel of St. Theodulus was built in the 17th century. The oratory (1762) and a chapel from the 18th century are dedicated to Our Lady of Compassion; a Way of the Cross leads to the chapel of Les Meyes (Our Lady of Roses, 1971). Founded on mountain farming (Hérens breed on the mountain pastures of Avoin, Moiry and Torrent) until the beginning of the 20th century, from the decade 1960-70 Grimentz's economy was oriented towards industry (construction of the Moiry dam, 1957) and tourism. The village is known above all for having preserved the typical architecture of the valley.

Mountains Countryside Romantic Ski Walking
print
There are no upcoming events at this time.