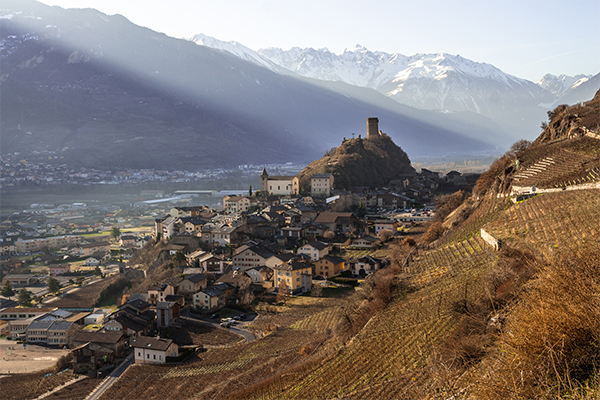 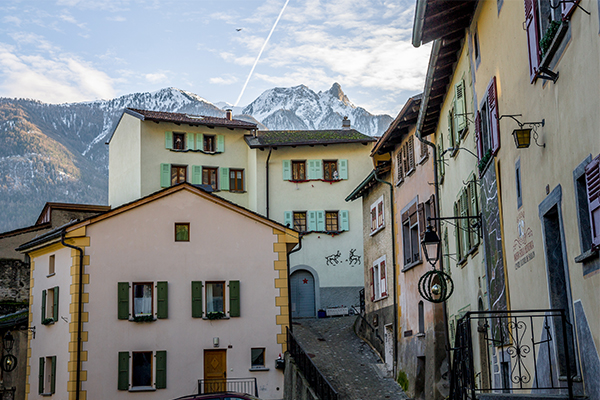 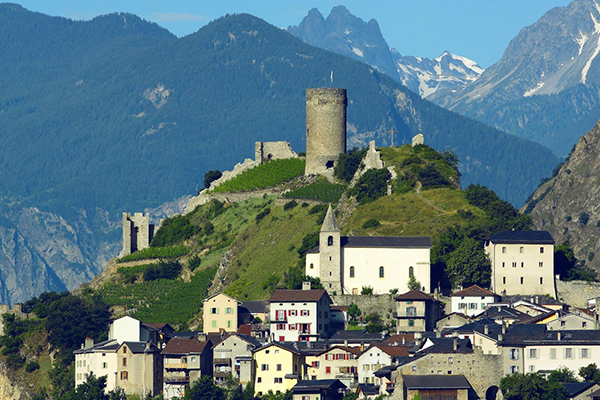 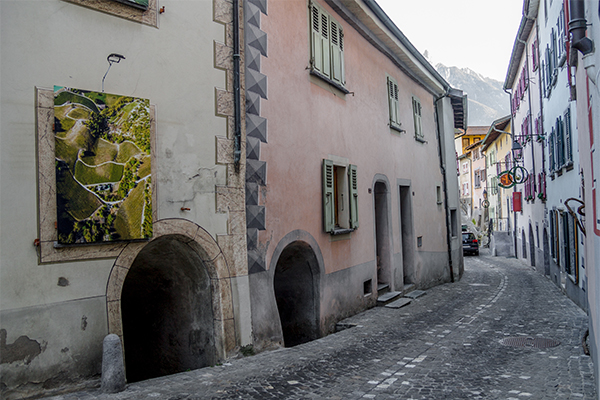 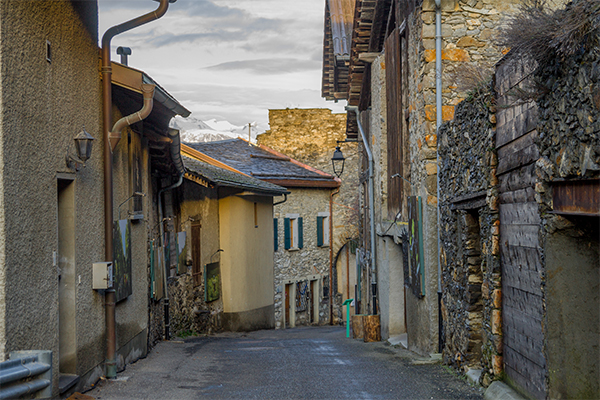 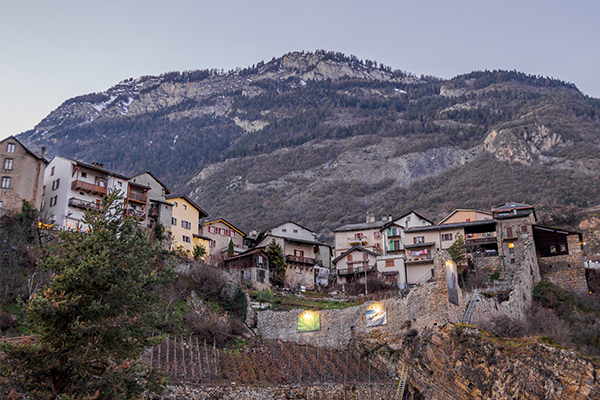 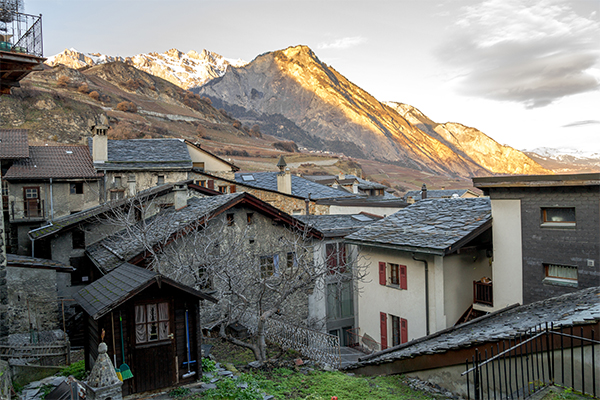 Seat of the castle owned by the Bishop of Sion. Saillon has been mentioned since 1052. Remaining under the domination of the Savoy from the 12th to 1475, the town then became one of the main Savoyard commercial and military centres in the Valais. Situated on a rocky spur, Saillon was equipped with a system of fortifications by Peter II of Savoy.
The story of Saillon begins early. Mesolithic hunters (about 10,000 - 5,500 B.C.) may have occupied the portal of the Poteu cave. Excavations in the first half of the 20th century, however, could not attest to their presence. Saillon was then inhabited uninterruptedly from the Neolithic (Bourneaux tomb, 4000 B.C.) and the Bronze Age (about twenty tombs marked at the foot of the hill, between the Salentze and Bourneaux rivers). The remains of an important Roman villa from the 2nd century near the Salentze river indicate the importance of the site at that time. On the same site, the first Christian sanctuary of Saillon was built in the 6th century. The foundations of the walls of this Carolingian church are still visible and the reworked choir forms the current Chapel of St. Lawrence. When anarchy and insecurity succeeded the order that reigned in Charlemagne's empire, the people of Saillon retreated to the more easily defensible hill. It is known that in 1052, in Saillon, there was a castle, since it is among the properties that Bishop Aymon of Savoy gave to the chapter of Sion. Its strategic position was of interest to the Savoy, who took possession of Saillon at the beginning of the 13th century. Around 1260, Pierre II had the ramparts reinforced and the keep Bayart built, whose name derives from Dame Bayart, owner of the land. The Dukes of Savoy had the ambition to make Saillon a fairground that was to offer shade to their enemy, the Bishop of Sion. It should also be noted that the first written reference to vines in Valais dates back to 1052. The dream of glory came to an end in 1475, when the patriots of Upper Valais took over Lower Valais and set fire to the Savoy castles, including that of Saillon. From that moment on, the village quickly returned to being a peaceful country village.

The museum of counterfeit coins

Culture Festival Castle Wine Wellness
print
There are no upcoming events at this time.