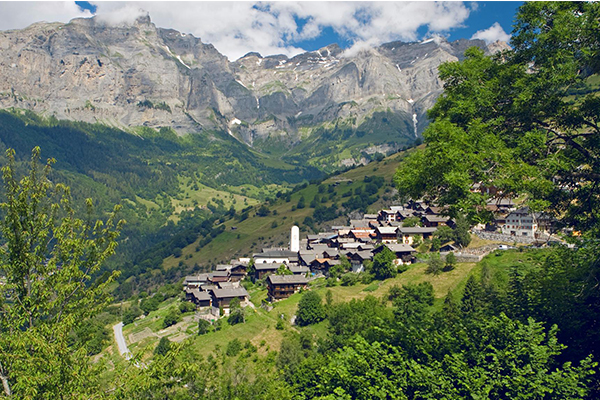 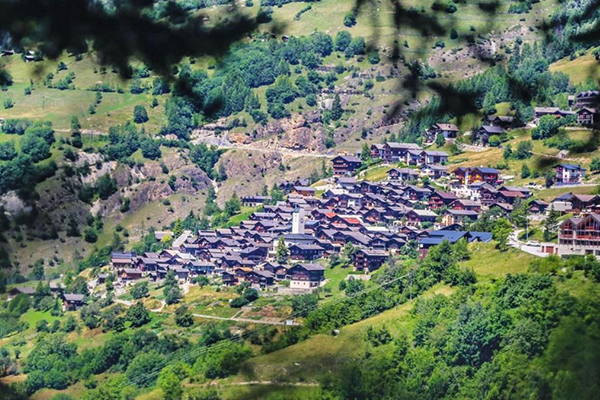 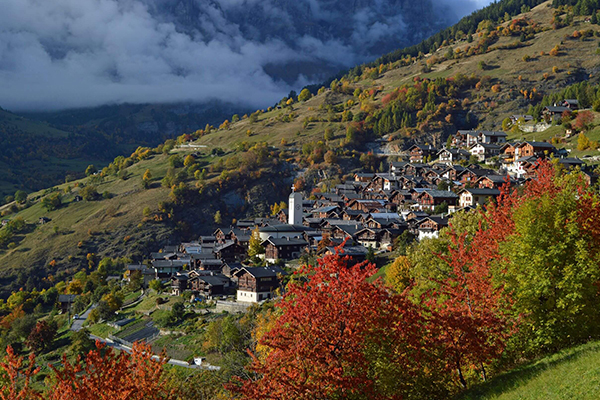 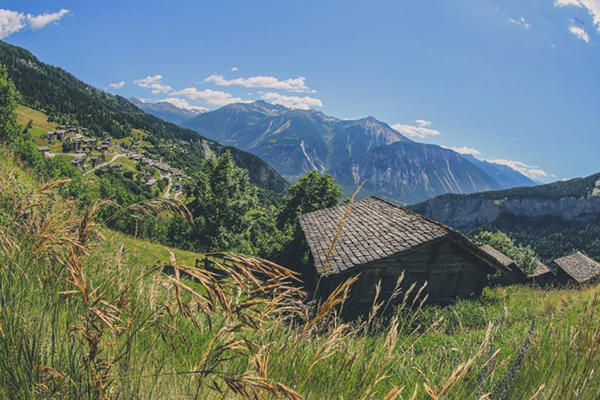 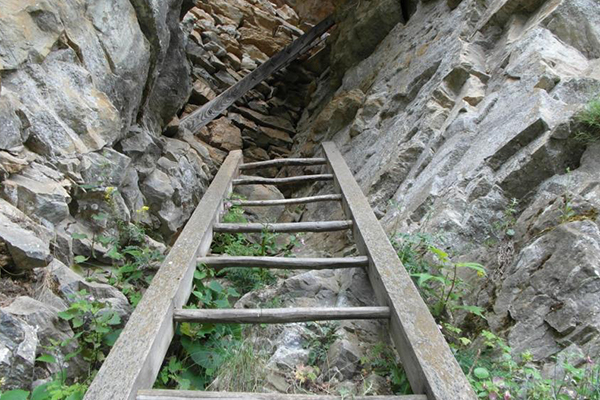 Albinen, the beautiful village on the southern slope at the entrance to the Dalatal. The road connects it to Leukerbad, rich in thermal springs, and the village of Leuk. Among the places of interest in Albinen are numerous preserved mountain farms and barns in the Valais. The village church, however, is built in modern style after the old church was destroyed by an earthquake.
In 1226 "Albinen" is mentioned for the first time in a document. The field names are almost exclusively of Romanesque origin; the German language was not accepted until the end of the Middle Ages. According to the Geographical Lexicon of Switzerland, in 1902 there was neither an inn, nor a store, nor a salt pans in Albinen. At that time, 380 people lived in the village, the highest level in the history of the municipality. Since the 1940s the number of inhabitants has been steadily decreasing, a development that the road opened in the 1960s could not stop. However, the new road changed the livelihood structure of the population and made the farming village a holiday resort. While in 1960 more than two thirds of the employed had worked in agriculture, ten years later it was only 33% and in 1990 only 3%, with a population of 242 inhabitants. Ecclesiastically, the village belonged to Leuk before it was elevated to parish in 1737 and received its own church. Until the 20th century, the mountain population lived largely self-sufficient. The village could only be reached on steep paths. The wooden houses are staggered along the slope in the typical regional mix of residential and service buildings. The mighty church, plastered with bright colors, is placed in the center of the closed group of settlements and with its arched sheet metal roof and interesting towers tower over the surrounding roofs. There are surprisingly well-preserved houses from the 17th and 18th centuries. Since the pediments of all residential buildings are facing the valley, the exterior appearance of the village has a remarkable uniformity.

Mountains Countryside Romantic Ski Walking
print
There are no upcoming events at this time.