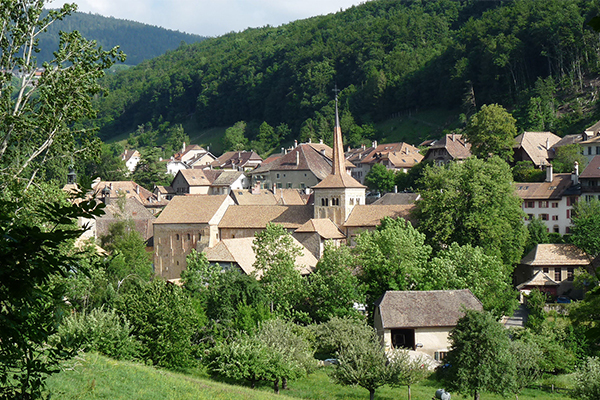 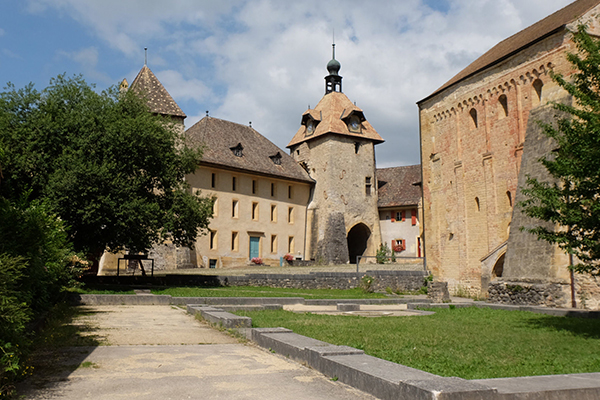 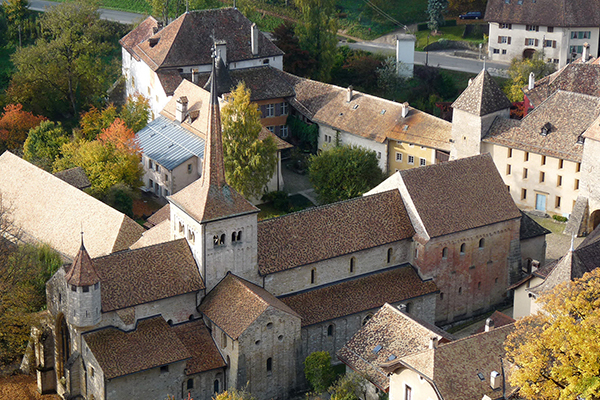 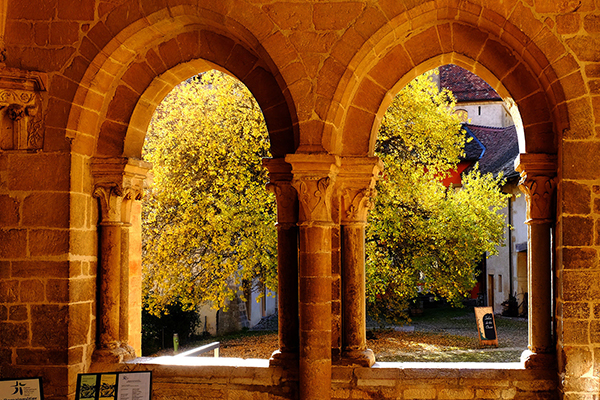 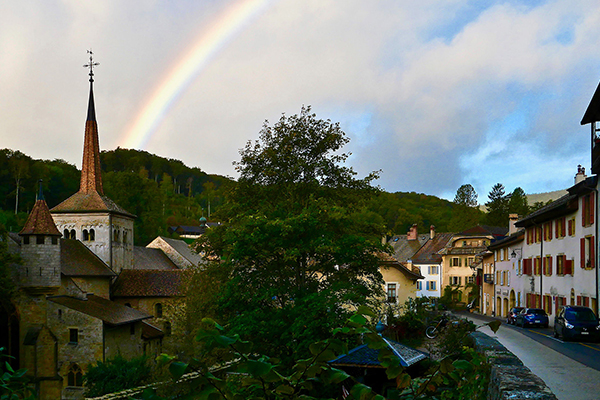 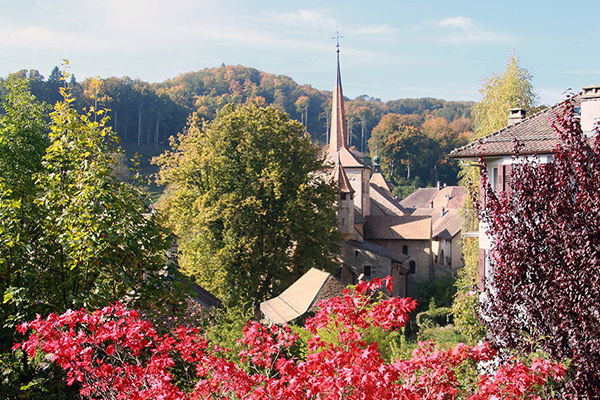 The former abbey church of Saints Peter and Paul is one of the oldest and most illustrious sacred complexes in Switzerland. According to legend, the foundation of the monastery dates back to the 5th century and is attributed to Saints Roman and Sulpicius.
Romainmôtier prospered until the 15th century; it was suppressed in 1536 when the local community passed to the Reformation. Excavations and restoration began in 1896. The present church was built from the beginning of the 11th century on the site of two previous sanctuaries, six 7th and Vili, respectively, supposedly the work of Saint-Odilon de Cluny. The cruciform basilica has three naves originally concluded by three semicircular apses. It is an admirable example of Burgundy architecture, a small-scale copy of Clunyll. The building was equipped with a narthex at the beginning of the 12th century, while the portico dates back to the 14th century and the final part was rebuilt in the same period on a rectangular plan. The exterior is marked by the simple theory of the Lombard arcades. In the vault of the narthex there are frescoes from the 14th century. Inside there is an ambo with a woven ornament and inscription. In the choir, a lying figure of Prior Henri de Siviriez (14th century) and fragmentary tomb of Prior Jean de Seyssei, who died in 1432; the stalls are also 15th century. In chapel N, 15th century frescoes. On the S side of the church, remains of the old cloister. Opposite the church, the 14th century clock tower, formerly the gate of the door walls that protected the convent buildings. Of the latter, the annexes and the old prior's house, transformed in the 16th-17th centuries when it was used as the residence of the Bernese bailiffs, have been preserved. Near the tower is the house of Lieutenant Ballival, a building topped by a Bernese roof, built in 1684-85 for Jean Pierre Roy. House Glayre, built in the 16th century for André Tachet; it was transformed in 1762. Romainmôtier is located on the via Francigena, the ancient communication route that connected Canterbury with Rome.

The abbey church of Saints Peter and Paul

Culture Countryside Festival Spiritual Wine
print
There are no upcoming events at this time.