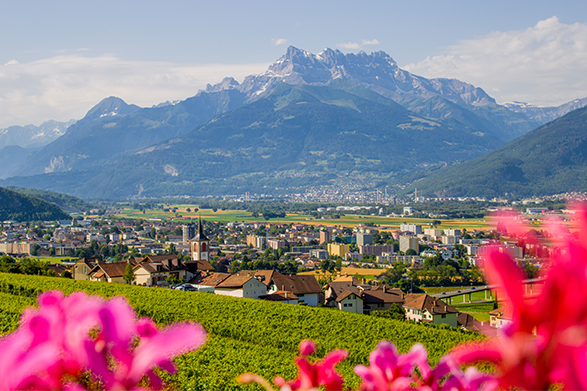 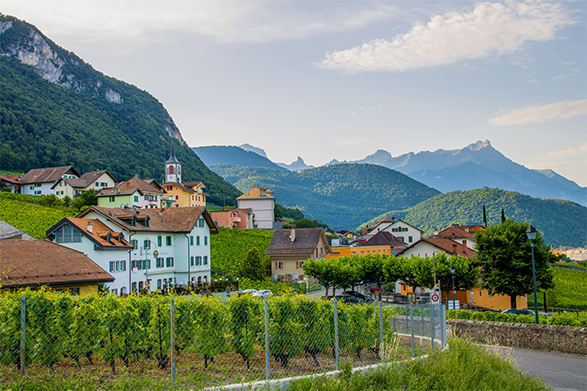 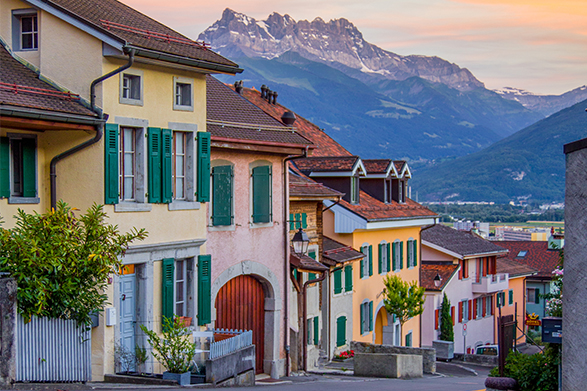 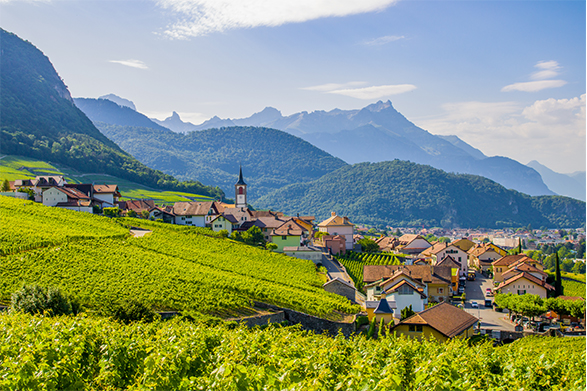 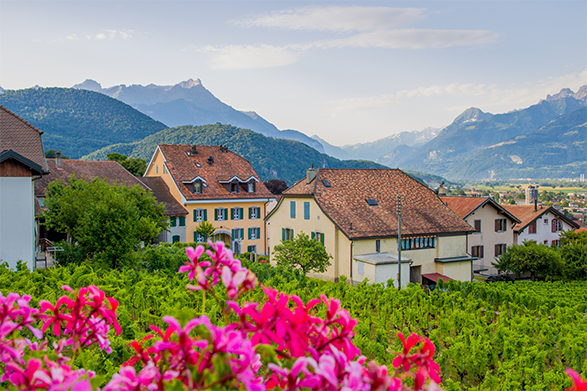 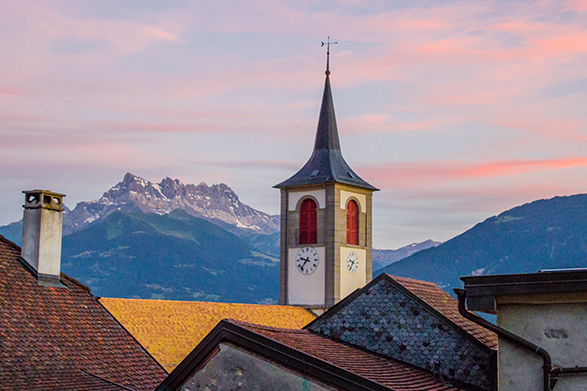 Yvorne already existed in Gallo-Roman times under the name of Evurnum, on a site west of the present village. At that time, it was probably a river port. In a document from 1020, Yvorne is mentioned under the name 'Evurnum in pago capitis laci', then "Yvorna" at the time of the Counts of Savoy.

The village experienced its greatest tragedy under the Bernese occupation: March 4, 1584. The village was destroyed by a landslide that descended from the Combe de Luan from the Vallon de Corbeyrier which destroyed almost all the houses. Even today you can still see the surface from which the mass of earth detached itself under the small plateau of the Falcon Plan. It is a moraine formed by gravel, sand and clay with fairly large blocks that turned into a real muddy stream. This catastrophe, was caused by a series of earthquakes, which struck the entire basin of Lake Geneva, happened so suddenly between 9 and 10 am, and claimed many victims. The village was rebuilt in the south-east and since then has maintained its present conformation. The place covered by the debris of the upheaval is now called Ovaille, coming from the old French language, storm, hurricane, disaster. Ovaille provides one of Yvorne's finest wines. Located in the Vaud Chablais, the town of Yvorne has just over 1,000 inhabitants divided into several hamlets: Versvey, Vers Morey, Vers-Monthey. Its 1,200 hectares extend from the banks of the Rhone to the slopes of the Tour d'Aï, at an altitude of about 2,000 metres. Agricultural plains, vineyards, forests and pastures that mingle in sweet harmony. With almost 160 hectares of vines, Yvorne is one of the largest wine-growing towns in the canton. Known throughout the country and beyond, the reputation of its white and red wines is well established. Production is divided between the Wine Association, some wine merchants and numerous private winegrowers. The vintages of the vineyards owned by the municipality are substantial and bottled in the facilities located in the basement of the administrative building in the heart of the village. Viticulture and its derivatives are the main economic source, it can be noted that a large area of its territory is devoted to agriculture. Developing on the perfectly flat lands of the Rhone valley, intensive culture is practiced without livestock. Yvorne is known throughout the country for its many horticultural farms, and their flower crops are marketed in Switzerland and beautify the municipal area. This is the largest greenhouse cultivation area in Switzerland. The old quarry gives rise to a pond that is recognised as being of ecological use. There is a rich flora and many animal species that stay there all year round or according to their migration habits. Along the banks of the Rhone, walkers and cyclists enjoy wonderful nature. Yvorne is located on the via Francigena, the ancient communication route that connected Canterbury with Rome.

The flora and fauna

Strolling through the vineyards

Countryside Walking Wine
print
There are no upcoming events at this time.