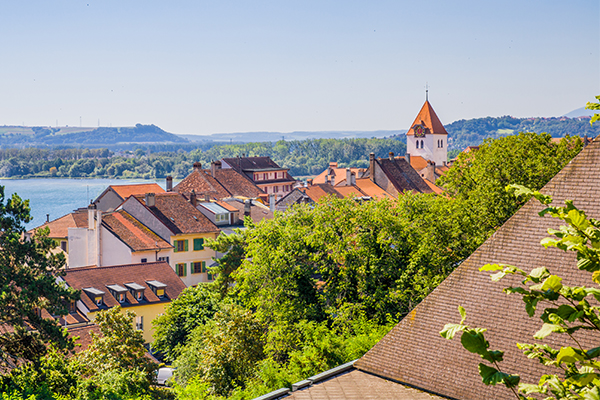 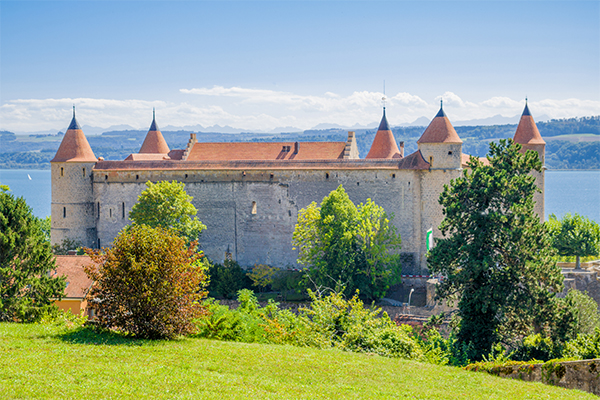 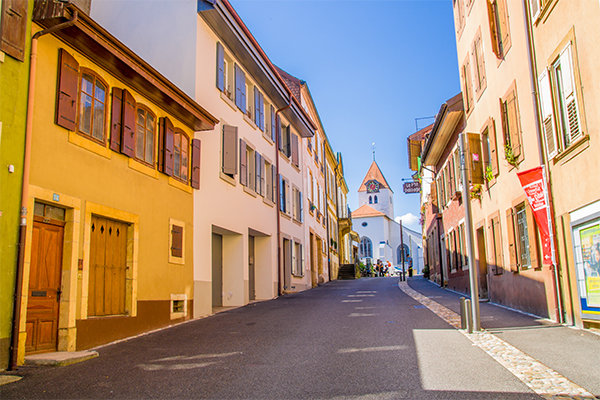 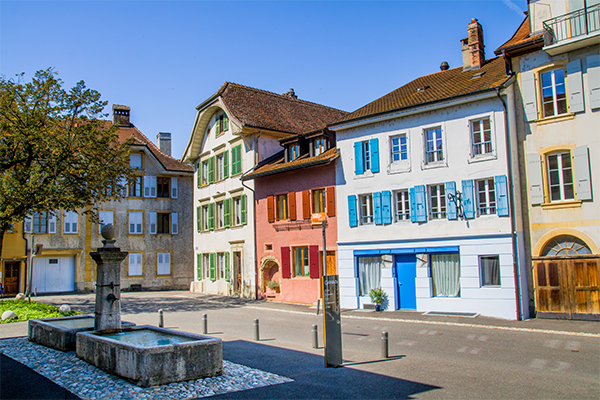 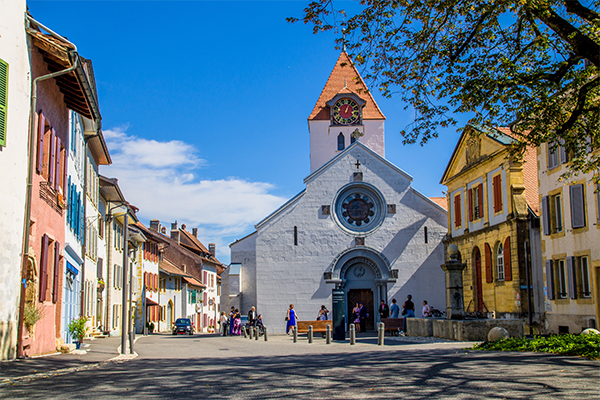 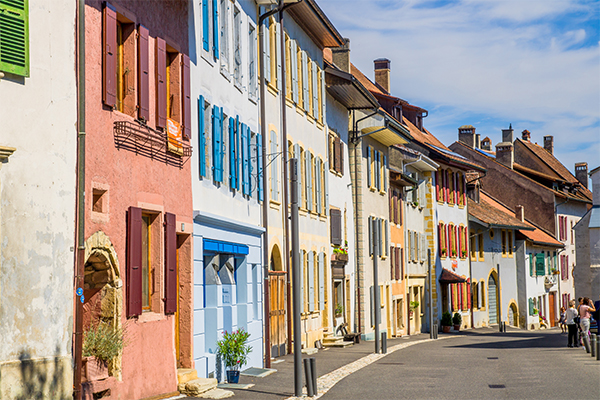 The history of the town is closely linked to that of the Lords of Grandson who played a very important role in French-speaking Switzerland from the 10th to the 14th century; the lineage died out with Otto III in 1397.
The medieval village, which had developed around the castle, was destroyed by fire in 1466 but, equipped with new defensive works, had a very significant historical part in 1476 with the battle of Grandson, which took place in nearby Concise and ended with the victory of the Confederates over Charles the Bold. After the historic event, Grandson remained under the rule of Bern and Fribourg for three drains. The castle, strategically located on a hill overlooking the lake, is one of the largest fortresses in Switzerland. Mentioned in 1050, the current castle dates back to the 13th century. Rectangular in shape, a variation of the Savoyard square, it is defended to the east and south by three round towers, to the west by two semicircular towers. The patrol path, which follows the entire perimeter of the castle, dates back to the 16th century. Inside: in the 16th century chapel, altarpiece by Jan Metsys; knights' hall with stables from 1620 and weapons room. Gospel Church Grandson was the seat of a Benedictine priory from the 11th century onwards; after 1146 it became part of the Abbey of "La Chaise Dieu" in Auvergne (France). No traces remain of the convent, suppressed in 1555, while the church has been preserved. The present building, visibly influenced by the Auvergne Romanesque style, is a 12th century reconstruction on the foundations of a 10th-11th century sanctuary. The square choir and part of the transept were rebuilt in the 14th century, while the funerary chapel to the south was added around 1500; the main façade is a reconstruction from 1896. The church has a cruciform plan, the side aisles are surmounted by a half vault, the central one by a vault with round arches falling on columns. Next to the church is the town hall characteristic for the tympanum or pediment of facade decorated with the coat of arms of the city (1779). At number 11 Rue Haute, the bailiff's house, seventeenth-century façade preceded by a double staircase; wrought iron balcony. On Fiez street a menhir.

The castle houses a museum with a historical collection of weapons (Swiss Institute of Ancient Weapons) and a collection of automobiles.

Lake Food Castle Wine
print
There are no upcoming events at this time.