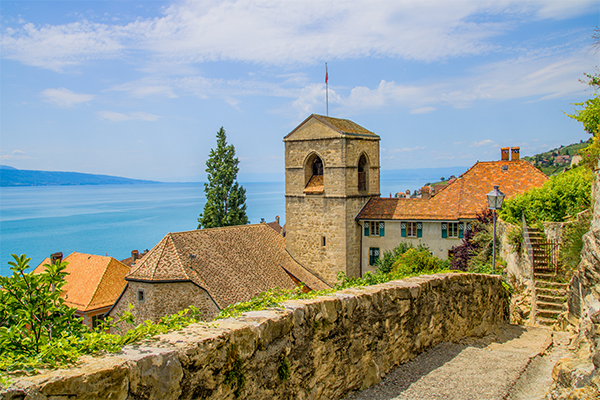 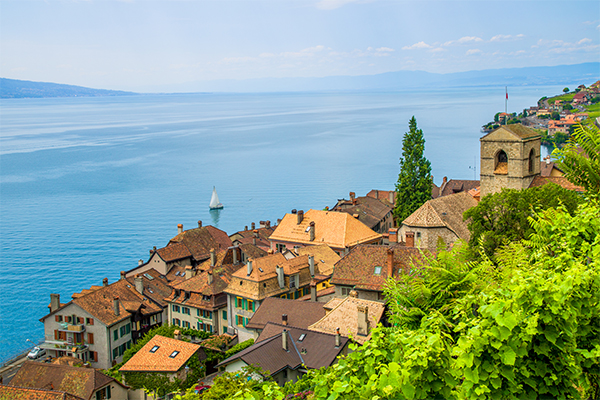 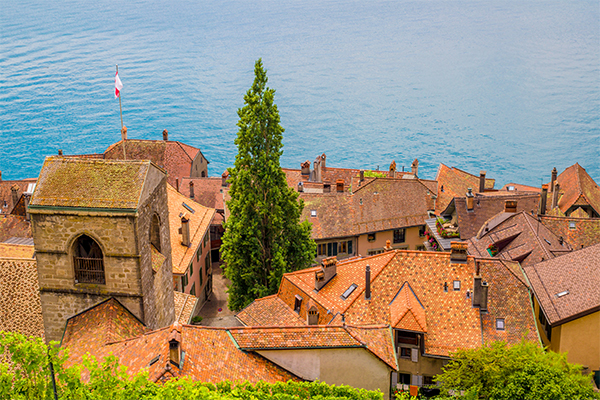 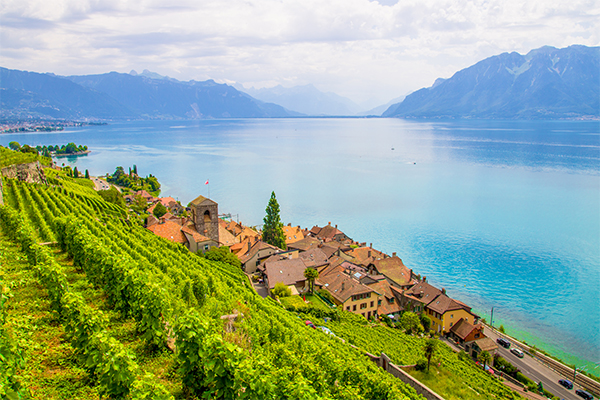 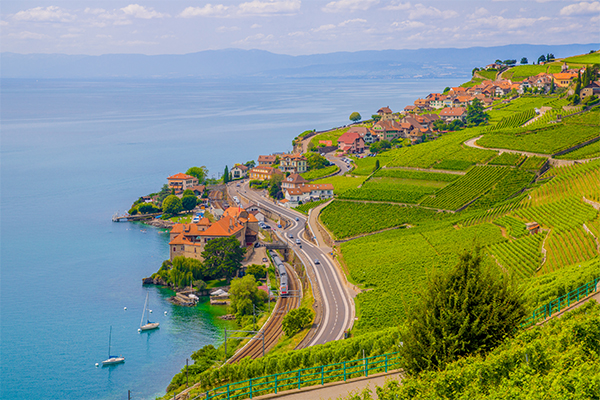 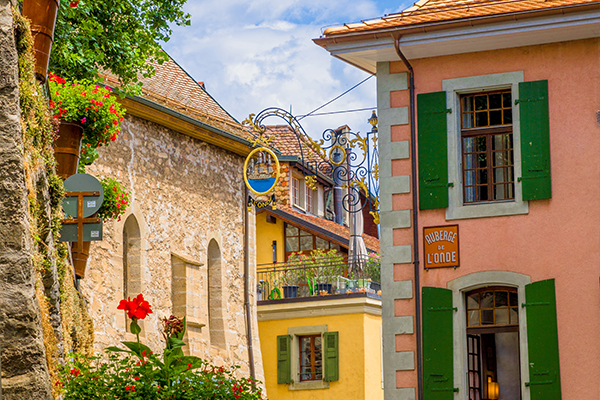 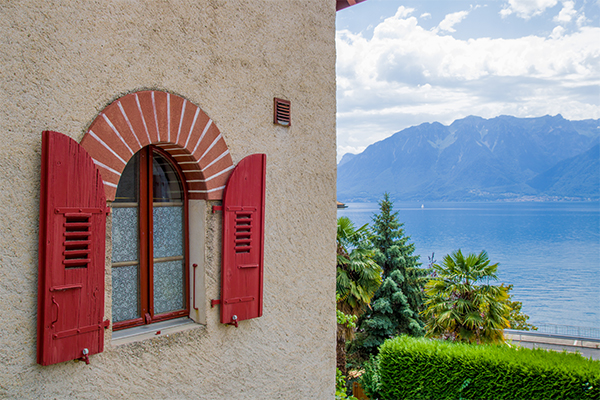 Charming village nestled in the Lavaux vineyards. The Evangelical church of S. Saphorin is a "flamboyant" Gothic style building built between 1520 and 1530 on the site of a medieval sanctuary, which in turn stood on the foundations of a Roman monumental complex of the I-II centuries.
Most of the municipality of Saint-Saphorin is part of the terraced vineyards of Lavaux, a cultural landscape on the UNESCO World Heritage list as an exceptional example of the centuries-old interaction between man and his environment. The winemakers' cellar, a champion of the diversity of the vineyard, a craft workshop, the Place du Peuplier, a meeting place for friends and neighbours, remain the village's places of exchange, as do the Port and the two bucolic beaches. The spring, harvest and Christmas festivities, organised by the town council, give the inhabitants the opportunity to fraternize for a longer period of time. The discovery in 1893 of a number of pile-dwellings, at a certain distance from the shore, does not allow to affirm the existence, between 1500 and 600 before our era, of a lake village. The history of Saint-Saphorin thus began in Roman times, as did most lake villages. From this period, Saint-Saphorin can boast of possessing a milestone. The inscription on the stone dates back to 53 AD. In the Middle Ages, Saint-Saphorin was often called Glérolles, while in Roman times the town was called Glerula. It is also said that the town of Glérolles was devastated by the waters of the Tauretunum landslide and totally destroyed. Bishop Marius decided to rebuild the church higher up and dedicated it to Saint Sinforio, who gave his name to Saint-Saphorin. Saint-Saphorin is located on the via Francigena, the ancient communication route that connected Canterbury with Rome.

Lake Countryside Romantic Wine Wellness
print
There are no upcoming events at this time.