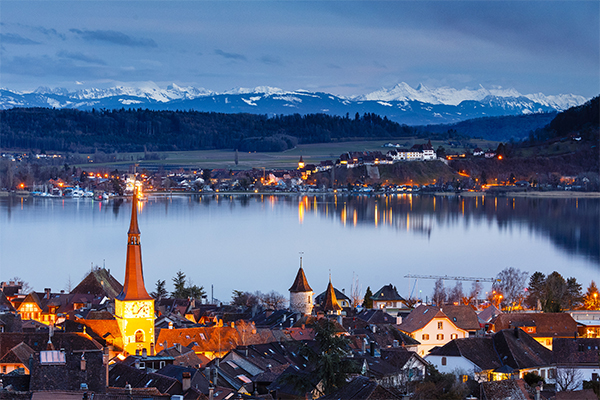 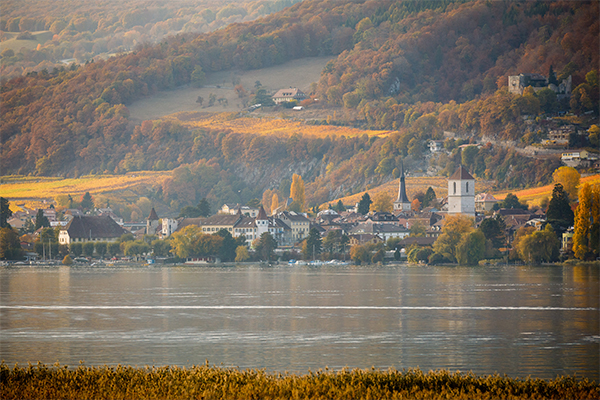 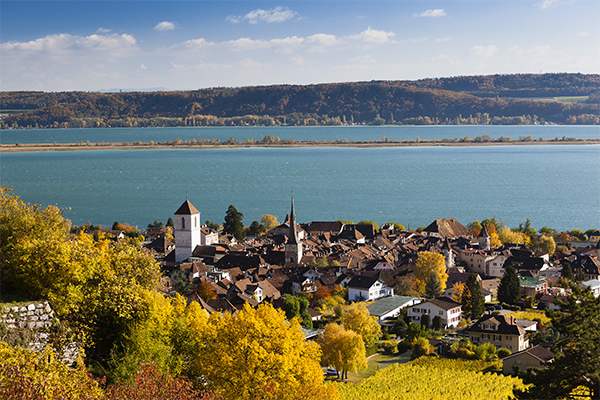 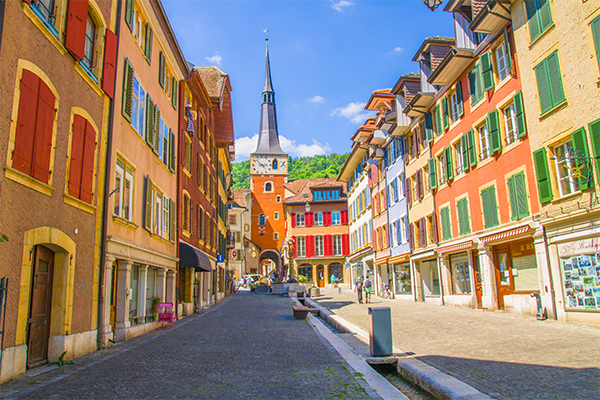 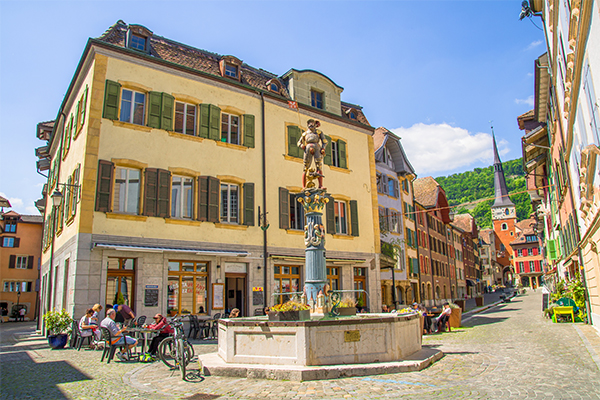 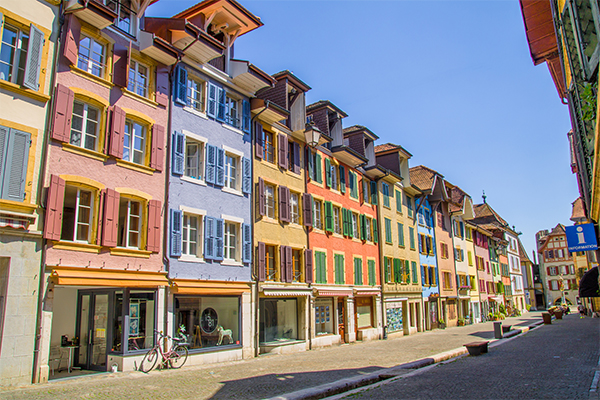 Founded in 1312 by the bishop of Basel, the almost square city is crossed by three parallel streets and a modern side street.
Political municipality of the Canton of Bern, administrative district of the Bernese Jura. La Neuveville lies between the Jura and Lake Biel and borders the canton of Neuchâtel to the west. During the excavations at the so-called Blanche Eglise in 1984, finds from the Bronze Age (pottery) and Iron Age (traces of settlement) as well as Roman remains (building rubble) came to light. Two graves point to the existence of a church from the pre- or early Carolingian period. The area of La Neuveville was given to the Principality of Basel in 999 as a gift from Moutier-Grandval Abbey, which owned numerous estates here. From the 12th century onwards, Bellelay Abbey also tithed here. Before the founding of La Neuveville by the Prince-Bishop of Basel around 1310, the history of the town merged with that of Nugerol, an area disputed between the Prince-Bishop and the Count of Neuchâtel. Although the geographical location between the lake and the Jura prevented the town from expanding and the old town and town walls of La Neuveville remained intact, the construction of the lake road around 1830 and the Biel-Neuchâtel railway line in 1860, the first Jura water correction in 1868-1891 and the opening of the A5 motorway in 1977 ensured good access. From the 19th century onwards, industry settled in La Neuveville, particularly in the watchmaking industry, which still provided 36% of the jobs in La Neuveville in 2005.

The vineyards of Lake Biel

Lake Culture Shopping Wine
print
There are no upcoming events at this time.